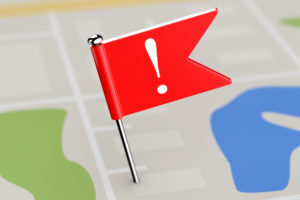 Land Condemnation: Do You Live in the Path of Progress?

Eminent Domain is the power of the government and certain private entities to take land for public purposes.  That power, however, is not without boundaries and is regulated by both the United States Constitution and the General Statutes of the state of North Carolina.

Back in the day in England, the sovereign (the King or Queen) had the power to simply take, without compensation, privately owned lands for whatever purpose the sovereign desired. The founders of the United States, however, didn’t believe this was such a swell idea and added the “Takings Clause” as the last clause of the Fifth Amendment to the Constitution.  The Takings Clause limits the power of eminent domain by requiring that the taking must be for a public use or purpose and then only upon payment of “just compensation” for the property being acquired.

Public condemnors include, among others, the state Department of Transportation, local counties and municipalities, school boards and airport and hospital authorities. Therefore, “public use” includes takings for highway and street construction and improvements and for the construction of schools, airports, hospitals, governmental buildings and public parks and entertainment venues. The property taken does not have to actually be used by the public, but it must be acquired and used for purposes that benefit the public.

Certain non-public entities also have the power of eminent domain. These include power, gas and other utilities providers who often condemn privately owned lands to acquire easements on those lands for the purpose of running pipelines, cables, etc. across the properties.  And, in 2005, the United States Supreme Court in a very controversial case, Kelo v. City of New London, approved the use of eminent domain by one private party (a developer) to acquire land from private homeowners because the developer’s redevelopment plans for a depressed neighborhood would likely generate economic growth benefiting  the community at large and was thus a permissible public use pursuant to the Takings Clause.   https://supreme.justia.com/cases/federal/us/545/469/.

“Just compensation” is defined as the fair market value of the property being acquired at the time of the taking.   “Fair market value” means the amount of money a willing buyer would pay and a willing seller would accept for the property in an arm’s length transaction.  It is therefore critical that the homeowner retain his own real estate appraiser and not rely on the condemning authority to tell him the fair market value of the property being acquired.    When determining the amount of just compensation due the condemned landowner, it is also critical that the landowner identify the “highest and best use” of the property being condemned.  For example, if the property is being used for residential purposes, but because of location, terrain, access, utilities and zoning, the property could also be used for more valuable commercial or industrial purposes, the landowner may be entitled to significantly higher compensation.  Therefore, it is especially important for the landowner to retain and work with skilled and knowledgeable real estate professionals and appraisers. At the Greensboro Law Center we have relationships with many such professionals and work with them regularly to maximize the compensation our land condemnation clients are entitled to receive.

Often, only a portion of a landowner’s property is condemned. This is referred to as a “partial taking.”  When a partial taking  occurs, the landowner is entitled to not only the fair market value of the land actually acquired, but he or she is also entitled to recover compensation for any loss in value to the remaining property.  For example, if the City of Greensboro took a portion of an owner’s front yard for a road widening project but did not take his or her house, the owner is entitled to recover compensation representing the difference in the fair market value of the property before the taking and the value of the property (in its now smaller and likely damaged state) after the taking.  In assessing this damage, the appraiser will be allowed to appraise the property as if the project was fully completed and being used as intended and, as such, the appraiser can consider traffic counts, road noise, exhaust and lighting, etc.  Again, it is critical for a condemned homeowner to work with experienced real estate and legal professionals.

When common area (parking lots, clubhouses, pools, playgrounds, etc.)   in multi-unit communities such townhouse and condominium developments is condemned, the individual unit owners are entitled to compensation for the damage done to their individual property interests in the common area being taken. This right was established by the North Carolina Court of Appeals  in NCDOT v. Stagecoach Village, a case handled by the lawyers at the Greensboro Law Center.  https://law.justia.com/cases/north-carolina/court-of-appeals/2005/031026-2.html.

At the Greensboro Law Center, we give all of our condemnation clients one piece of very valuable advice:  NEVER NEGOTIATE WITH THE CONDEMNOR AND SELL THEM YOUR PROPERTY.  MAKE THEM FILE A LAWSUIT.  A landowner should want a lawsuit to be filed to take his or property. This is because at the time the lawsuit is filed the condemning authority must deposit with the Court an amount of money it feels is just compensation for the taking. The landowner can have the money immediately and can also continue to fight for the maximum amount of just compensation he or she deserves.  It is very rare for a landowner to not receive more money after forcing the condemning authority to file suit.  Eminent Domain cases are probably the only cases in which getting sued is a good thing.

Land condemnation in North Carolina is governed by statute.  When the North Carolina DOT takes land, the case is controlled by N.C.G.S.  136-103, et seq.  https://www.ncga.state.nc.us/gascripts/Statutes/StatutesTOC.pl?Chapter=0136. All other condemnation cases are controlled by N.C.G.S. 40A-1, et seq.     https://www.ncleg.net/gascripts/Statutes/StatutesTOC.pl?Chapter=0040A.

Our Attorneys Work To Protect Your Rights